Mystras is situated on the slopes of Taygetos Mountain. The archaeological site stands above the modern village of Mystras and the city of Sparta. The greenery surrounding the area is composed mainly by pine trees and cypresses. Some small rivers and lakes are found in the region.

Mystras or Mistras (Greek: Μυστρᾶς/Μιστρᾶς) also known as Myzithras (Μυζηθρᾶς) in the Chronicle of the Morea, is a fortified town and a former municipality in Laconia, Peloponnese, Greece. Situated on Mt. Taygetos, near ancient Sparta, it served as the capital of the Byzantine Despotate of the Morea in the 14th and 15th centuries, experiencing a period of prosperity and cultural flowering. The site remained inhabited throughout the Ottoman period, when it was mistaken by Western travellers for ancient Sparta. In the 1830s, it was abandoned and the new town of Sparti was built, approximately eight kilometres to the east. Since the 2011 local government reform it is part of the municipality Sparti, of which it is a municipal unit.

History
In late 1248, William II of Villehardouin, ruler of the Frankish Principality of Achaea, captured Monemvasia, the last remaining Byzantine outpost on the Morea. This success was soon followed by the submission of the restive Tsakones on Mount Parnon, the Slavic Melingoi tribe of Mount Taygetos, and the inhabitants of the Mani peninsula, thereby extending his sway over all of Laconia and completing the conquest of the peninsula, which had begun in 1205, in the aftermath of the Fourth Crusade.
Laconia was incorporated into the princely domain, and the young prince passed the winter of 1248–49 there, touring the country and selecting sites for new fortifications such as Grand Magne and Leuktron; finally, near his residence of Lacedaemon (ancient Sparta), on a spur of Mount Taygetos, he built the fortress that came to be known as Mystras.

In September 1259, William of Villehardouin was defeated and captured, along with many of his nobles, at the Battle of Pelagonia, by the forces of the Nicaean emperor Michael VIII Palaiologos. Two years later, the Nicaeans recaptured Constantinople, putting an end to the Latin Empire and restoring the Byzantine Empire. At this point, the emperor concluded an agreement with the captive prince: William and his men would be set free in exchange for an oath of fealty, and for the cession of Monemvasia, Grand Magne, and Mystras.

The handover was effected in 1262, and henceforth Mystras was the seat of the governor of the Byzantine territories in the Morea. Initially this governor (kephale) was changed every year, but after 1308 they started being appointed for longer terms. Almost immediately on his return to the Morea, William of Villehardouin renounced his oath to the emperor, and warfare broke out between Byzantines and Franks. The first Byzantine attempts to subdue the Principality of Achaea were beaten back in the battles of Prinitsa and Makryplagi, but the Byzantines were firmly ensconced in Laconia. Warfare became endemic, and the Byzantines slowly pushed the Franks back. The insecurity engendered by the raids and counter-raids caused the inhabitants of Lacedaemon to abandon their exposed city and settle at Mystras, in a new town built under the shadow of the fortress.

From 1348 until its surrender to the Ottoman Turks on 31 May 1460, Mystras was the residence of a Despot who ruled over the Byzantine Morea, known as the "Despotate of the Morea". This was the city's golden age; according to the Oxford Dictionary of Byzantium, Mystras "witnessed a remarkable cultural renaissance, including the teaching of Plethon and attracted artists and architects of the highest quality".
The frescos in the Peribleptos Monastery Church, dating between 1348 and 1380, are a very rare surviving late Byzantine cycle, crucial for the understanding of Byzantine art.

Mystras was also the last centre of Byzantine scholarship; the Neoplatonist philosopher George Gemistos Plethon lived there until his death in 1452. He and other scholars based in Mystras influenced the Italian Renaissance, especially after he accompanied the emperor John VIII Palaiologos to Florence in 1439.

The last Byzantine emperor, Constantine XI Palaiologos, was despot at Mystras before he came to the throne. Demetrius Palaeologus the last despot of Morea, surrendered the city to the Ottoman emperor Mehmed II in 1460. As Mezistre, it was the seat of a Turkish sanjak. The Venetians occupied it from 1687 to 1715, but otherwise the Ottomans held it until 1821 and the beginning of the Greek War of Independence. It was abandoned under King Otto for the newly rebuilt town of Sparta.

In 1989 the ruins, including the fortress, palace, churches, and monasteries, were named a UNESCO World Heritage Site.

Mystras is situated on the slopes of Taygetos Mountain. The archaeological site stands above the modern village of Mystras and the city of Sparta.
more information

The churches of Mystras are truly the jewels of this abandoned town. All of them are found at the main town, except from the church of Agia Sofia which lies in the lower town.
more information

Every year, the great fair of Mystras is held from August 27 till September 2, where merchants and vendors gather from all around Greece to sell their commodities.
more information
Load more... 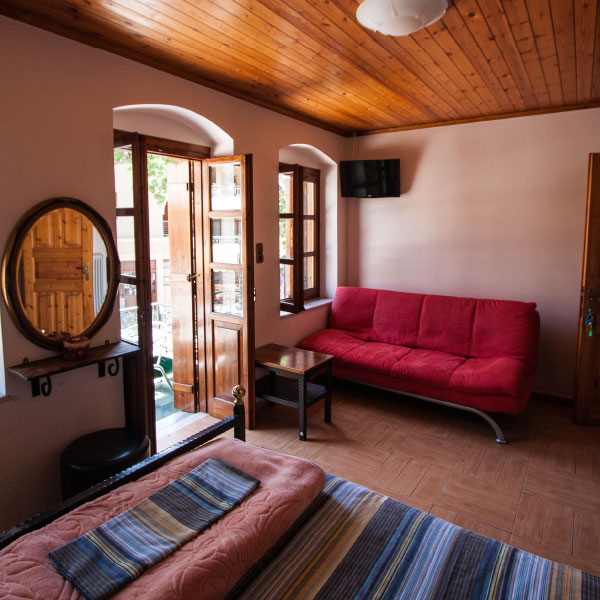 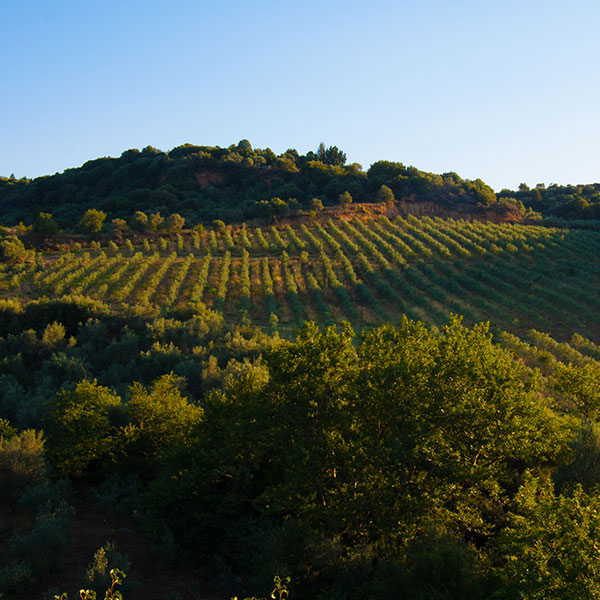 Meet the varieties and the quality of our family greek olive oil
more information
Mystras Lakonia 23100, Greece
Get a Reseravation

Make your reservation now and enjoy the unique traditional dishes of our restaurant.